The artist at Big Leap Designs

The Wild Atlantic Way, Co. Mayo, West of Ireland is where I live and work.  However I am a  ‘blow in’ to this beautiful county.   I am a ‘Dub’, I grew up in Dublin and studied design in college, I then moved to London where l lived for several years and worked in printing.

In 1992, having identified a gap in the market and to satisfy an urge to explore artistic expression and possibility, I returned to Dublin to set up Big Leap Designs.

Based initially on Dame Street followed by another few years in the Tower Design Centre on Pearse Street, my business grew and grew and then in 1998 the (entirely inexplicable as I had no previous connection with) lure of the west of Ireland and an indefatigable yearn for adventure led me to this small village.

And so we traipsed, myself and my then employees, to the west.

The storm of late December 1998 destroyed the trees in my garden and in rode a local man on his white horse (read Massey Ferguson tractor!) to clear the debris, we got married just over a year later…..the rest is history.

Drawing and illustration have always been second nature to me and the urge to express myself through my drawings is compulsive, it is my go-to form of communication. I am fascinated by people, their expressions and emotions and this emerges in my illustrations which feature on my products.

I am intrinsically a happy, positive person and this is the focus and ultimate aim of my work, bringing a little joy to others, making them smile.

My go-to tools are a dip-pen and watercolours and sitting at my drawing board doodling on my layout pad is one of my happiest places, I do not always have a plan and sometimes what emerges surprises me and therein lies the magic.

I am a visual scribe who uses a palette of humour and happiness.  Here in my garden studio I design and make a range of original Irish greeting cards, prints and gift items. My work connects with people and helps people connect and this fact never ceases to delight me. 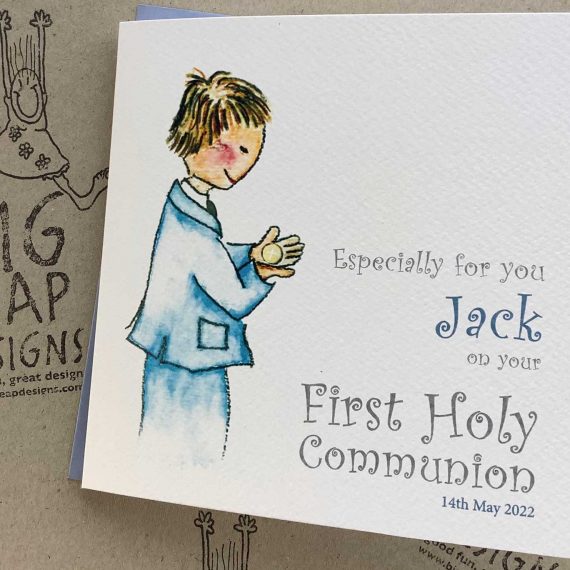 For those special days

If you would like that extra personal touch on your card I can personalise with a name and or date…. just ask. 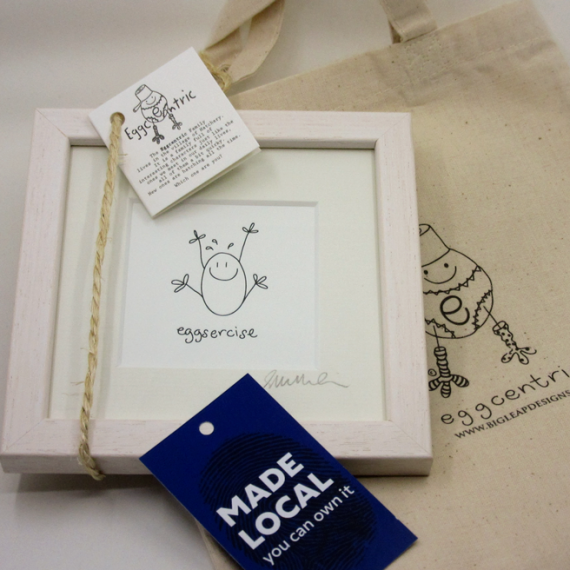 Why not start a collection of these fun characters, which one are you? Which one is your sister/brother/husband? 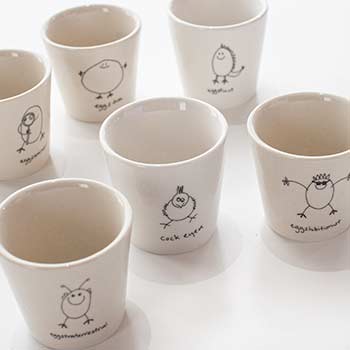 For some fun and quirky gift ideas see my egg cup collection…. 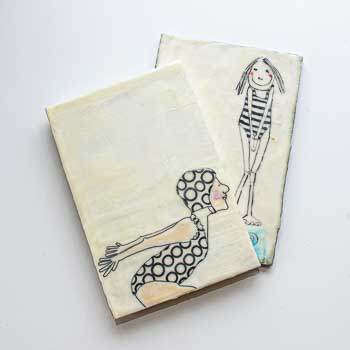 I love to create original artwork, especially encaustic and am always happy to accept commissions